To Whup a Universe 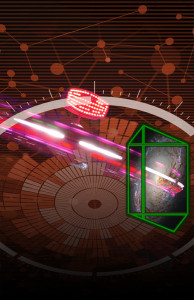 The boys at NASA found a spacecraft of unknown origin buried in the Antarctic ice. The ship had no pilot. NASA smuggled it to an Air Force base in New Mexico.

General Rochester Grope eyed the silver craft. Like Christmas came early, he thought. The craft had room for a single occupant. There was a bubble over the part you could sit in. General Grope inquired as to who might have built the curious conveyance.

“An extraterrestrial race, presumably,” said Leslie R. Trute, the NASA representative. “We can’t begin to fathom the technology behind it.”

“Can it be used as a weapon?” the general wanted to know.

Leslie R. Trute said he saw it more as a vessel that a person – or other creature – might fly around outer space in.

“Well, it’s America’s space asset, now.” Right then and there, the general christened the spacecraft The Glory of America. Leslie Trute objected. Such a name sounded grandiose to him. Trute was overruled. The General commanded that some brave fool be found to test fly The Glory of America. They settled on a test pilot named Cort Ryson, who knew how to fly airplanes very fast.

Cort Ryson sat himself in the part of The Glory of America where it looked like you were supposed to sit. He pulled the bubble shut, on the theory that, if you went into outer space, you’d be well-advised to keep breathing.

Ryson saw no controls except for a stick. That was all right. You flew Earth airplanes with a stick, too. Ryson gave a thumbs-up through the bubble. The ground crew bolted to a respectful distance.

The pilot touched the stick. Quietly, smoothly, without smoke, noise, flame, or any fuss at all, The Glory of America zipped into orbit. 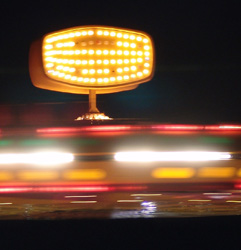 himself looking at the far side of the moon. He touched the stick again, and sailed easily past Neptune. Another nudge, and the spangled doily of the Milky Way lay spread below him.

A lesser test pilot might have been frightened. Ryson took the fact that he hadn’t died yet as an encouraging sign. “Let’s see what this baby can do,” he said to himself, and eased the stick forward.

Ryson spent an entertaining couple of hours buzzing the Magellanic clouds and zipping in and out of black holes, before he decided he’d best get back to base and give a report. The craft seemed to understand what he wanted. Before he knew it, The Glory of America had touched down on the tawny New Mexico sands.

“Can we build more of them?” General Grope asked the important people assembled at the conference table.

Leslie Trute gawped at the general. “Sir? This is very advanced alien technology. We can’t build even one.”

A fellow from the Jet Propulsion Laboratory snorted. “Of course we can build more. We simply have to take this thing apart. Reverse-engineer it.”

“My dear man,” Trute informed him, “this marvelous engine flies according to principles so far beyond us that we might as well be carpet beetles examining a computer. You can no more reverse-engineer this machine than you can reverse-engineer a tree.”

“Mount a weapon on it, then,” General Grope snarled. “We’ll use it to whup the Russians.”

“Attack the Russians? Is your imagination that stunted? You have the entire cosmos at your command, and all you can think to do is take petty vengeance on an adversary?”

“We’ll whup the Russians first. Then worry about the universe.”

When the Russian-whupping had been accomplished, the general sent The Glory of America, weapon mounted awkwardly on the nose, out into space to whup whatever might be out there.

He could only send one person at a time. There wasn’t room in The Glory of America for more.

Cort Ryson returned to Earth after several days. The weapon hadn’t been fired. “Didn’t find no-one to whup,” he explained.

“How many planets did you reconnoiter?”

“Hundreds, General Grope, Sir. I didn’t find a single living thing on a single one. Honest!”

The general poked his swagger stick at a map of the Local Group of galaxies. “Someone had to have built this goo-gaw. We’ll find that someone. Whoever built this thing, they didn’t think to weaponize it. That’s our advantage, see? We’ll catch ‘em by surprise. Whup ‘em. Steal their fleet. Then America will have a Space Air Force. And then…” A tear welled up in the general’s eye. “Gentlemen, I foresee that our very own United States of America may one day become… The United States of the Universe!”

He slapped his stick on the table. “Airman Ryson, I order you to get out there and find the makers of this spacecraft! Once you do, you may fire with extreme prejudice.”

“It is estimated, general,” said Leslie Trute in a quavery voice, “that there are a trillion exoplanets in the observable universe. How long do you expect Airman Ryson to search?”

“As long as it takes!” roared the general. “The President himself has ordered it!”

For ten thousand generations, Air Force pilots and the descendants of Air Force pilots searched the void. They flew the craft low over thousands of worlds, then hundreds of thousands, then millions, then billions, until finally, after eons of ceaseless endeavor, the trillionth world was found to hold nothing but craters and sulfur deposits.

The builders of The Glory of America were nowhere in evidence.

Other than the Earth, there was no life to be found anywhere in the Universe. All the humans had gained was the knowledge that they were utterly alone. 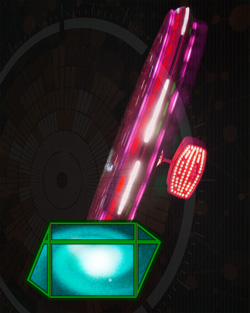 From a dimension perpendicular to ours, Magnificent Contradiction G’Fahhr watched through a gravitational lens as the humans went about their search.

Esteemed Abstraction N-Thurr floated up behind him. “Keeping the humans busy, are you?”

“Where did the craft come from?” N-Thurr inquired.

G’Fahhr replied “My quarklings used to play with it. They toddled it around N-space. Of course, my young Z’Frixx was always asking for a genuine star-vehicle such as we employ to fly between Realities.”

“I told my child that when he was old enough to handle the responsibility, then yes. When he learned to put others before himself, when he learned never to hit with his tendrils, when he could demonstrate that he was kind, and unselfish, and wise, then he could fly with the grown-ups. Until then, he was to play safely in three dimensions, so as not to accidentally hurt anyone.”

“Yes. He has no need for the toy. So I gave it to that race of N-space primates. They seemed bored.”

“Will they ever outgrow it, do you think?”

G’Fahhr watched as The Glory of America, with its oversized weapon and a scary shark-face painted on its nose, searched the canyons of a lifeless world for something to kill. 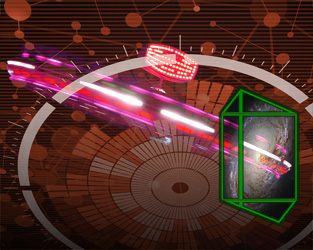 Matthew F. Amati was born in Chicago Heights, Illinois. In his short life so far, he's translated the Iliad, motorcycled around Asia, and been accidentally rude to Jerry Springer. He currently lives near a lake in Wisconsin, where he drops things and looks for them. Check out his diffidently-updated writer blog, www.mattamati.com.

More by the Author

Is it okay to catch panfish? You know, like, deliberately?

Let me answer that question by posing another. Every time I follow the recipe and add three teaspoons of sugar, I fracture my teeth biting down on teaspoons. They should tell you to remove the teaspoons before baking. Where were we?

Our very own D Chang is a designer and game writer from Austin, Texas. His short fiction has appeared in Avast, Ye Airships! and the Cryptopolis science fiction anthology. He does most of the Space Squid cover designs.