The Machinery of Xmas

Dangling from fibreglass clouds, the clock strikes ten. Its radiant face fades from daylight orange to grey twilight. The cogs grind out their nightly music, dragging a black canvas across the domed city. Tomas flicks the switch and stars blink on in series as the clock's face turns lunar silver.

“Get to work,” he bellows at his men clad in hazmat suits.

Tomas checks the stars, counting the bulbs in every constellation. Polaris flickers and Tomas curses. The stars can fail 472 other nights of the year but tonight Tomas doesn't want to dispatch cranes and men to replace the guttering star. He holds his breath, waiting. The vein at his temple throbs as minutes creak across the clock's face. Polaris burns bright again and Tomas exhales with a smile.

Offering prayers of thanks to Edison-God, Tomas shoulders the snow-tanks. Tonight needs to be perfect. It's his first year leading a team; it might be his daughter's last year alive before LungRot steals her from the world. He checks his pocket; her gift is still intact. Will she manage a smile this year? Tomas blinks away tears as he and his men leave Time Square, fanning out across the city. They have a mission: transform the city by painting steel and concrete with Sno™.

“Xmas-maker One to Winter-command.” A voice rasps through static in his ear as Tomas releases a plume of white foam across the sidewalk.

“This is Winter-command,” Tomas responds.

“Xmas-makers standing by, deployment on your signal.”

Tomas paints the last OakTree™, covering nude branches with clots of synthetic snow. He curses Newton-God as the foam threatens to spill from the branches and drip down the trunk, cutting chemical burns into the veneer. His work needs to be perfect. Risking his hands, Tomas uses the back of his glove to nudge the foam into position. It sets in shimmering clumps even as the outer layer of his glove blisters and cracks.

“Winter-command to Xmas-maker One, Sectors complete,” Tomas says. Casting his gaze up and down the street, he nods approval at his team and feels the warmth of pride in his chest.

“Roger that. Bauble team deployed,” the voice says in a burst of static.

Tomas and his men return to Time Square as other teams decorate the city with strings of tinsel and styrene balls. He leans against the base of a crane and picks at a scab of rust blistering the metal. Nothing survives the gnawing teeth of the caustic air. Not steel, not glass, not six-year-old little girl lungs.

Tomas clenches his jaw and balls his fists. She should never have been exposed in the first place. He could blame the boy who tripped her in the playground, he could blame the teacher on duty for not responding quickly enough, he could blame the gas mask manufacturer for not ensuring adequate safety features, he could blame his wife for insisting Aria attend Kindergarten so young, but he doesn't. Tomas blames himself. It's entirely his fault they're stuck on the disintegrating planet instead of living in orbit, breathing pure oxygen on one of the habitat ships. It's his fault for not taking the janitorial job he was offered, his fault for refusing minimum wage, his fault Aria is dying.

Tomas shakes his head, trying to clear the shadows from his thoughts. He checks the trinket in his pocket purloined from the Xmas vault. It's still in good condition but won't be for long.

“Xmas-maker Command to all teams, prepare for light-up.” The voice buzzes in his ear.

Smiles light up the men's faces behind their vizors. The men cheer and applaud with the muted thud of gloved hands as varicoloured baubles flicker and glow, spinning lazy circles from OakTree™ and Maple™. Tinsel catches the light, throwing kaleidoscopic shards across white foam already fizzing towards disintegration in the poisonous air.

The cogs grind, shifting the sky towards midnight, and the clock declares twelve. Tomas taps his foot, impatient for the final chime. On the twelfth gong, citizens emerge in suits and gas masks. Tomas hurries from Time Square and jogs through the throngs in search of his family.

He finds his wife and child, dressed in the latest hazmat fashion. Their suits are dove grey with scarlet stitching. His wife wears platform boots, and he imagines her shapely calves, buried beneath six layers of insulation. Aria is her mother in miniature, only her boots come complete with an LED inlay, the lights rippling through various shades of pink. Tomas sweeps his tiny daughter into his arms. He removes the bauble from his pocket and plops it into her waiting hands. Aria smiles and squeals, then coughs, wheezing as she cradles the styrene globe in gloved fingers. At least she managed a two-second grin. With his daughter perched on his hip, Tomas slips an arm around his wife's waist. Together, they amble down snowy avenues. It's perfect, just like the photographs his grandfather showed him once, photos of a time when acid didn't fall from the sky.

Aria squirms and Tomas sets her down but doesn't let go of her hand. She stomps in a puddle of frothing foam, the Sno™ already failing. Tomas's heart lurches in his chest as the lights in the trees struggle against the noxious air, as the glittering styrene balls turn to oozing globules.

His daughter pouts and holds up her other hand for his inspection. The bauble turns to sludge, dripping dark ribbons between her fingers. Tears snail down Tomas's cheeks as he lifts Aria onto his shoulders and steps over the remains of the gift. The bauble leaves a red stain on the sidewalk that bleeds into the fizzing remnants of snow. Aria coughs and presses her little hands against the sides of his head. Maybe next year they'll find a cure, find a way to stop his daughter from slow drowning in her own body. Maybe next year he'll find a more resilient gift.

His wife takes his hand, her eyes wide and her bottom lip trembling. They bump vizors and Tomas mouths, “Happy Xmas.”

Suzanne van Rooyen is a tattooed storyteller from South Africa. She currently lives in Finland and finds the cold, dark forests nothing if not inspiring. Although she has a master’s degree in music, Suzanne prefers conjuring strange worlds and creating quirky characters. When not writing, she teaches dance and music to middle schoolers and entertains her shiba inu, Lego.

Suzanne is represented by Jordy Albert of the Booker Albert Agency.

Rivendell, because elves, but since I hear travel to Rivendell is a little tricky these days and a tad expensive, my second favorite city that’s a little more accessible would have to be Dubrovnik, Croatia because that’s just a glamor and it is in fact King’s Landing.

If you had to watch a duel, who'd be the fighters? Who'd win? What would your delicious viewing snack be, and how would you dress for the occasion? Potential details... with shoelaces, or without? Would you wear a cosmetic mole, alive or otherwise?

I’d like to see a duel between Morpheus from The Sandman and Loki as played by Tom Hiddleston. For the occasion I would go full goth replete with knee­high New Rocks, sporting chrome buckles, and I’d don a multitude of neon, cyber hair extensions. I may even shave off my eyebrows and pencil them in in purple. Of course since I’m going full goth, my delicious snack would be bat blood, the freshly squeezed kind.

More by the Author 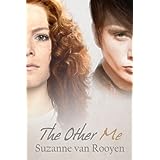 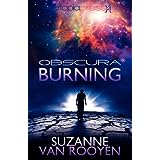 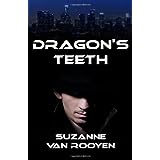 Our very own D Chang is a game writer and web designer from Austin, Texas. His short fiction has appeared in the Cryptopolis science fiction anthology and he does most of the Space Squid cover designs. Alexbruda of freeimages.com provided the tree image.